feel free to email us at ballynagran.energyplus@gmail.com

within the community such as and are currently being repaired and upgraded to higher energy efficiency levels.

The case study retrofit project on was completed by the end of August 2012. 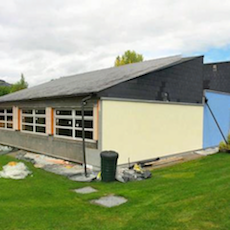 The retrofit works comprised of building fabric upgrades to the two classrooms situated in the back blocks of the school.

The existing cavity walls were pumped with blown bead insulation and additional external insulation was to be fixed to the external face of the building and rendered.

This not only reduces heat losses but is also gives the facade a fresher and more interesting appearance. 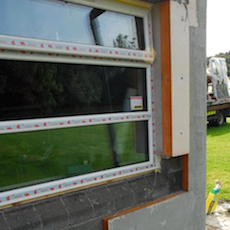 The result was not alone greatly reduced U-values, but it also gave the façade a fresher and more interesting appearance.

The two classrooms were taken off the school heating system and are now heated by an air to water heat-pump.

The heating load for this space has fallen by 50%. It’s hoped that as funds become available, the same approach will inform similar energy upgrades throughout the school.

These works are expected to greatly reduce the current heat Load and heat demand saving the school in the long run in terms of running costs. 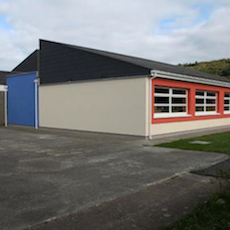 The project was part funded by the Ballynagran Energy Plus Community funds.

The Community is very grateful for this assistance and would ask that people would consider products from these companies when retrofitting.

It is possible that in the very near future the entire school will achieve Passive House certification.

It has also featured in a recent issue of the magazine Construct Ireland! 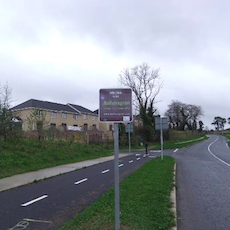 Proud of Our Area

These are not just another way of publicizing the Ballynagran Energy Plus Project but also help to affirm and build solidarity.

Hopefully, over the long term, a true sense of identification will emerge and the area will justifiably become well known for its innovative and positive approach to energy consumption and production.

Certainly the Ballynagran Energy Plus Group believes that it is swimming with the tide! 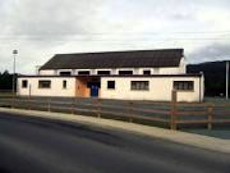 Activities take place in the hall include:

We're not around right now. But you can send us an email and we'll get back to you, asap.